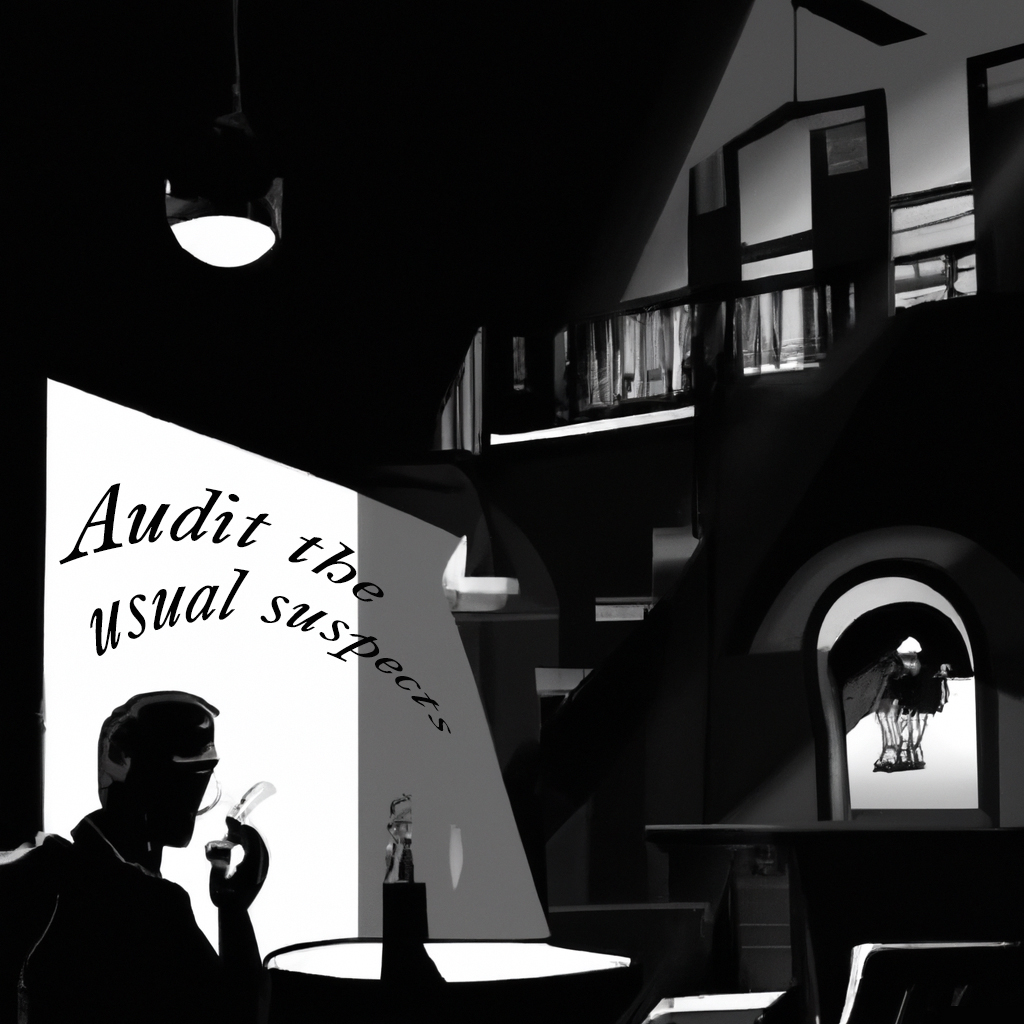 The Issue: Even Casablanca Isn’t Far Enough Away to Avoid A California Residency Audit

The global economy has enabled growing numbers of California residents to find employment overseas, often in Pacific Rim or European countries.  Many of these jobs are in financial services or high-tech industries and can be very lucrative. The temptation is to pack up and leave without thinking about the California tax consequences.  But that can be a costly mistake. California has special rules for changing residency to another country. If they aren’t scrupulously followed, expatriates can find themselves facing a large California tax bill along with the cheerful balloons at their welcome home party.

Changing Residency To Another State vs. Another Country

Changing legal residency from California to another state has fairly straightforward rules, if you’re willing to seriously pull up stakes.  If you keep a vacation home, or a business, or work remotely, then it gets complicated. But the concept is direct enough: to change your legal residency from California to another state you have to (a) intend to change your residency (that is, intend to leave for other than temporary or transitory purposes) and (b) physically move to the new state (you can’t just think about moving).

How the Franchise Tax Board, California’s taxing authority, determines intent and what constitutes “moving” is another matter. California residency law has few bright-line rules, and its “facts and circumstances” test can sometimes seem like a Kafka novel in its excruciating focus on seemingly casual details used to punish the unwary.  That said, if you follow the regulations and case law, and avoid common mistakes, you can have some degree of certainty about establishing yourself as a nonresident in another state, just by leaving and not looking back.

Not so when it comes to changing residency to another country. The residency case law has a strong bias against expats.  It assumes California residents who move overseas are leaving for temporary purposes, not to change their legal residency. This is especially the case if they keep significant contacts which indicate an intent to return, at least in the eyes of the FTB, such as bank accounts or a driver’s license. But even if a resident sells his home or terminates his lease or otherwise gives up his accommodations in California, that might not be enough to change residency if the plan is to work in a foreign country.

The worst part is, while the US has tax treaties with other nations, which prevent double taxation at the federal level, California is not a party to any US tax treaty  For federal tax purposes, expats may receive a credit for paying taxes in one country reducing their taxes in the other.  Not so with California taxes. The result can be paying a double tax.

Merchant Marines, Oil Workers, And Going All The Way To China

There are literally scores of cases involving California residents leaving the state to go overseas for employment purposes, only to find they owe taxes for income earned while out of the country. In the early part of the last century, the cases often involved members of the merchant marines, who might leave the state for years at a time before returning. During the 1960s, it was oil workers who contracted for long-term work in the Middle East. And more recently, it’s the global economy of marketing and financial services.

The stark lesson: even going all the way to China might not make you a nonresident

Appeal of Hoog, SBE, Case No. 819085, decided in 2017, demonstrates the problem. The taxpayer was a lifelong California resident who took a job in China marketing industrial lasers. He spent four years overseas, with the majority of his time in China, where he lived in an apartment paid for by his employer and had a bank account. In the particular year at issue he only spent about 30 days in California. Unfortunately, he came to China on a short-term visa (for trade and business), and kept his California bank accounts, driver’s license and home (where his wife lived), until he sold it several years after starting his employment out of the country. Despite spending the vast majority of his time in China for four years, the court ruled his move overseas was never intended to be permanent.  As such he remained a California resident and his income (about $200,000 in the year at issue) was taxable.

The stark lesson: even going all the way to China might not make you a nonresident.

Here’s The Part Where We Discuss Domicile

What was going on in Hoog? Here we have to introduce a new concept: domicile. “Domicile” as used in California residency law, is the location where a person has the most settled and permanent connection, and the place to which a person intends to return when absent  An individual may claim only one domicile at a time. An individual who is domiciled in California and leaves California retains his California domicile as long as there is a definite intention of returning to California, regardless of the length of time or the reasons for absence. Domicile is usually evidenced by voter registration and driver’s licenses, but also obviously by family, living accommodations and financial connections. And here’s the critical rule: if a taxpayer is domiciled in California, and he leaves for a temporary or transitory purpose, the taxpayer remains a California resident.

And that’s the crux of the problem for expats. It’s relatively easy to change domicile from California to another state (register to vote, get a driver’s license, obtain long-term living accommodations). But it’s hard to do that in a foreign country, especially if all you are doing is working under an employment contract. As a result, expats have to take extraordinary steps to change their residency. This may involve first changing domicile and residency to another state, and then moving overseas. Or it may mean taking on permanent resident status in the other country. At the very least, it requires thoughtful planning, not just buying a plane ticket and taking off.

The Safe Harbor Rule, Such As It Is

I mentioned all the cases that ruled against expats. In fact, the California legislature got so fed up with the volume of the litigation that it passed perhaps the only real bright-line rule in California residency law: Revenue and Tax Code §17014(d). The concept of this legislation is that if a California domiciliary leaves the state under a written employment contract with a term of over 18 months, and they don’t return to California for more than 45 days during the taxable year, and their income from stocks, bonds, interest, and other intangible income doesn’t exceed $200,000 a year, they are presumed a nonresident for tax purposes. This law applies to working anywhere outside of California, even another state, but it is really directed at expats.

The law offers some certainty. Unfortunately, it can be difficult to comply with. The employment contract has to meet the time period on its face; it can’t do so via renewals. Nor does a series of separate contracts, even with the same employer, adding up to 18 months suffice. And the limit on intangible income can be difficult for those in the financial services industries, as they often invest and trade on their own account. Many have highly appreciated cryptocurrency assets. If they are private traders or investors, they need to plan ahead with respect to this income limit if they want the benefit of the safe harbor.

Also note that the safe harbor protection is a two-edged sword. It’s a tax boon if it can be successfully invoked. But if you can’t meet all its requirements (and experience tells me most expats cannot), then it can be used as a sword instead of a shield by the FTB. That’s because, the FTB can argue that at the very least for Californians working overseas to be a nonresident, they have to be out of the country for 18 months and not return to California for more than 45 days in any taxable year.  The argument is false. An expat should be able to prove nonresidency the old fashion way by showing that they left for other than temporary or transitory purposes. And that can be established by the terms of the contract and the type of contacts maintained in each jurisdiction. There is nothing magical about 18 months in residency case law. Nonetheless, the safe harbor rule invites the FTB to invoke purported legislative intent against those who don’t meet its strict requirements.

There’s another downside to the safe harbor rule that affects expats with spouses in California (there are more than you think). To invoke safe harbor protection under §17014(d) requires an admission that you are a California domicile. That’s often the case, so the requirement is meaningless in most contexts. However, where the expat has a spouse who is a resident of California, and the couple doesn’t have a prenuptial or post-marital agreement transmuting their community income to their separate estates, then remaining a domiciliary of California while asserting nonresidency can result in half the expat’s community income being taxed by California. This problem of separate residency and community income reporting is discussed in more detail here. Suffice it to say that any expat who is married to a California resident needs to have this issue thoroughly reviewed by a tax professional before invoking safe harbor.

To summarize, planning is everything when it comes to changing residency from California to an overseas location, particularly if employment is the reason for the move. If possible avail yourself of the safe harbor rule.  If not, take the steps necessary to change residency, no matter how inconvenient, if the amount of taxes at stake is worth it. Like Rick’s café in Casablanca, the deck is always stacked against expats.