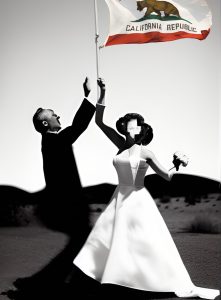 E-commerce, advanced telecommunications, and the new prevalence of remote work have combined to give many married couples more flexibility in their working and living arrangements than in the past. One of these options, rare until recently, is for spouses to assert they live in different states for tax purposes. An increasing number of marriages have the mobility to allow one spouse to reside in California, while the other elects to establish or maintain legal residency elsewhere. This is especially true for high-income couples, where supporting two households is economically feasible, one spouse wants to enjoy the benefits of living in California (often with the couple’s children), and the tax benefits of the other spouse having nonresident status are significant.

That said, it is no simple matter to establish or maintain nonresidency status while married to a spouse who is a California resident. There are traps for the unwary.

To Each His Own Residency

Many taxpayers are surprised to learn California even allows separate residency status for spouses. But in fact, there is no such thing as “marital” residency. Residency status always belongs to an individual, whether married or not. Of course, a spouse’s residency status can have a substantial influence on the other spouse in a residency audit. It’s typical for married couples to live together, and the Franchise Tax Board, California’s tax enforcement agency, has a bias for the typical when it comes to residency determinations. But even leaving that aside, married couple tend to spend time together, and if a substantial amount of that time is spent in California, where one spouse resides, the other spouse can begin to look very much like a resident.

In the past, this situation was so uncommon it hardly made a blip on the FTB’s radar scope. It might involve a scenario where a husband took a long-term job out-of-state or overseas. Older cases are populated with merchant marines and oil-field workers in Saudi Arabia; more recent ones prominently feature professional athletes and corporate managers assigned to overseas offices. That’s changed. Separate-residency marriages are now more about a lifestyle choice involving a global economy and the scenario of remote work that can allow some people to live and work anywhere.